“Though the Exodus tells the story of one nation’s birth, the legal and religious system to which it gives rise is open to outsiders.”

On Passover our Torah reading is taken from one of the most dramatic moments of the Book of Exodus (12:21-51): the Israelites mark the doors of their homes with lamb’s blood to protect against the plague which strikes down the firstborn of Egypt. In wake of the terrible destruction wrought against the Egyptians, they march out of the chaos that has overtaken the land of their long bondage.

Jewish tradition distinguishes between the ‘Passover of Egypt’ — the unique observance detailed here — and the ‘Passover of the Generations,’ which is instituted as a way for the Israelites to commemorate the Exodus once they have entered the land of Canaan, the first laws of which conclude our Passover Torah reading. In this final section, we read that should a male sojourner wish to partake in the Passover sacrifice, he must first undergo circumcision — the first instance in our tradition of something resembling conversion to Judaism as we know it today. Though the Exodus tells the story of one nation’s birth, the legal and religious system to which it gives rise is open to outsiders.

That permeability is apparently limited, though. Once the Israelites enter the Land, they are to divide it into tribal jurisdictions, with each individual family receiving an inalienable plot in the district allotted to their tribe. It is this system of land tenure which is governed by the periodic cycles of the Sabbatical and Jubilee years; so important is this system of land ownership that, when it is not in place, the Sabbatical and Jubilee years have reduced authority. In this system of land tenure, there is apparently no room for converts, who lack the direct, patrilineal descent from one of the sons of Jacob which confers membership in one of the tribes of Israel — though a stranger may take part in the Passover sacrifice, they can apparently have no part in the Sabbatical year.

This tension runs through Jewish history, perhaps only to be resolved in the Messianic Era. The prophet Ezekiel wrote of a future in which the Israelites were restored to their land and converts, despite their lack of Jewish ancestry, are incorporated into the tribal system of land ownership. At the end of the Jewish people’s historical arc, its boundaries are extended such that those who are descendants of Abraham in spirit, and not just according to the flesh, find their places among the tribes of Israel. 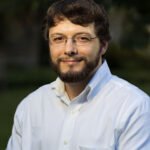 Vincent Calabrese is a rabbinical student at the Hadar Institute and doctoral candidate in the Department for the Study of Religion at the University of Toronto, where he is writing a dissertation on the Jewish theologian Michael Wyschogrod.