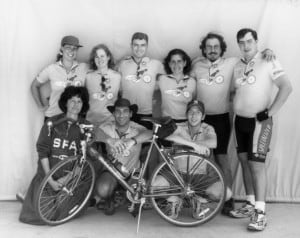 Hazon was founded with a cross-country bike ride in 2000…

This summer, the first of 10,000 bikes will land on the streets of New York City thanks to a new bike share program. It’s as good a time as any for us to go back to basics in relation to Hazon’s work.  While it’s true that I’m tremendously proud of our food work, and the role that Hazon has played in creating and supporting the New Jewish Food Movement — for instance, this is the seventh year of our annual Hazon Food Conference, and our CSA program is rolled out in 60 communities across the country — it’s also true that none of this would have been possible without the rides.

Hazon was founded with a cross-country ride in 2000, and this year for the first time in 12 years, we’re again cycling across the country.  When I rode across the country in 2000 with 11 other people, it was practically my first time on a bike.  It was scary and it was also exhilarating.  I’ve steadily ridden more in the years since, and this year was the first year I regularly commuted to work — even through the winter.  It’s both good for me and good for the world. 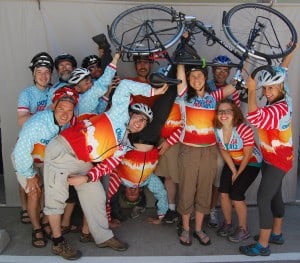 One of the best things you can do for yourself and the world is get on your bike this summer. If you’ve been thinking of going on a Hazon bike ride, now is a great time do it. It’s not too late to sign up for the Hazon New York Ride, Israel Ride, or a segment of the Hazon Cross-USA Ride. You’ll be really supported—not just with rest steps and mechanics, but with a great community cheering you on—and we think you’ll have a great time.

And — if you’re not already, become a member of Transportation Alternatives, the San Francisco Bicycle Coalition, or your local bicycle advocacy group. They do important work, and our work wouldn’t be possible without them.

One Response to It All Began with a Bike Ride