By Hazon on May 30, 2019 in Isabella Freedman Jewish Retreat Center, Reflections 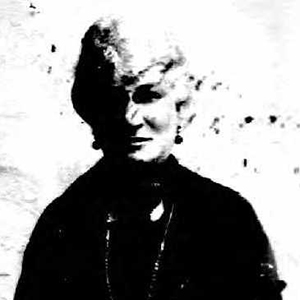 Let us take the anniversary of her death as an opportunity to remember her life – which she devoted to performing acts of loving kindness.

Ms. Isabella Freedman was a generous philanthropist. She was particularly devoted to the cause of young Jewish women, as reflected in her leadership roles in the Jewish Working Girls Vacation Society, the Widows’ Mothers Fund Association, as well as The Inwood House, a residence and counseling center for unwed teenage mothers.

Our Jewish Retreat Center, named in her honor, was incorporated in 1893 as the Jewish Working Girls Vacation Society, of which Ms. Isabella Freedman was a founder. The Society provided free or highly subsidized country vacations for young Jewish women who worked all year in the city. It was established “to assist worthy Jewish working girls of small means to spend their summer vacation in the country, in the process aiding their physical development.”

Ms. Freedman was also a devoted member of the Temple Emanu-El in New York City. She was a member of its religious school committee where she expressed a deep interest in the development of the religious school and its children. Within the synagogue’s congregation, she was known as a true inspiration, particularly among young people, many of whom considered her a role model. At Temple Emanu-El she was also a founding member of its Women’s Auxiliary and its Junior Society.

Ms. Freedman was well-known for her great sympathy for the suffering and for the unfortunate, for her generosity, and for being a devout Jewish woman with profound faith. She loved Jewish tradition.

On her yahrzeit, let’s take some time to think about the character traits of the deceased, hoping for inspiration and guidance.

Aren’t all of us who love Isabella Freedman Jewish Retreat Center – in a way –her children?