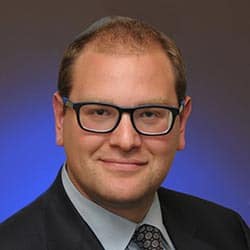 Sam Konig is the Director of Development, Northeast Region for the American Friends of Bar Ilan University.  Sam was born in Vienna to Jewish – Polish parents, who were expelled from Poland with their families in 1969, and sought refuge in Copenhagen, where Sam grew up. He completed his secondary schooling in the United Kingdom. Sam attended McGill University, and then moved to Ottawa, where he completed his M.A. Sam moved to Baltimore, where he was the Executive Director of Towson University Hillel. Three years later he moved to New York City, where he started working for Hillel International as a Major Gifts Officer in the Tri-state area. Sam resides in Washington Heights with his spouse Aliza where he is a board member at the JCC of Washington Heights-Inwood.

New York, NY
« Back to All Staff